Here is a top class tourer from 1981 that has its original finish, receipt and is still with the original owner. The early 80’s seems to have given us several custom examples using both Reynolds DB, ST and Competition tubing and the  Zeus 2000 fork crowns that set them apart.

‘From what I can remember, I placed my order in the spring, maybe March and then waited about 6 to 8 weeks before I chased it up. A couple of ‘phone calls later and it was ready. I eagerly dashed to his shop in expectation to collect my frame. I was handed a British Racing Green frame fitted with Mafac cantilever brakes and I had ordered a blue! Otherwise everything was correct. Major said he would put it right but it would have to be stripped and be repainted. I took the opportunity to ask for a couple of extra braze-on refinements that I wished I’d originally specified. Several weeks later I eventually collected my frame, however, it wasn’t quite the shade of blue he’d shown me on his colour chart. But I didn’t dare quibble with him again!

I’d got my Major Nichols at last and I’ve since learned to live with the colour and certainly never seen another that shade of blue which sort of makes it somewhat unique and special. It is Reynolds 531 double butted throughout. However the authentic ‘531’ transfer is barely visible today.

The frame is built with Reynolds 531DB, about 22 inches. It has Prugnat S pattern lugs with heart shaped cut outs and the forks are topped by the desirable Zeus 2000 fork crowns.  The frame has Major’s typical full wrapover seatstays with long topeyes and double fishtail motifs.  There is a curved reinforced seatstay bridge, cantilever bosses and the rear brake bridge, cable guides and stops.

Tony had the braze-ons to his own needs and these I guess included pump pegs under the top tube, mudguard and carrier eyes, 2 sets of bottle bosses and as he was to use a stem shifter arrangement for his derailleurs, appropriate cable guides and stops.

Note – If we see her in May we may be able to add a little more detail. Alan 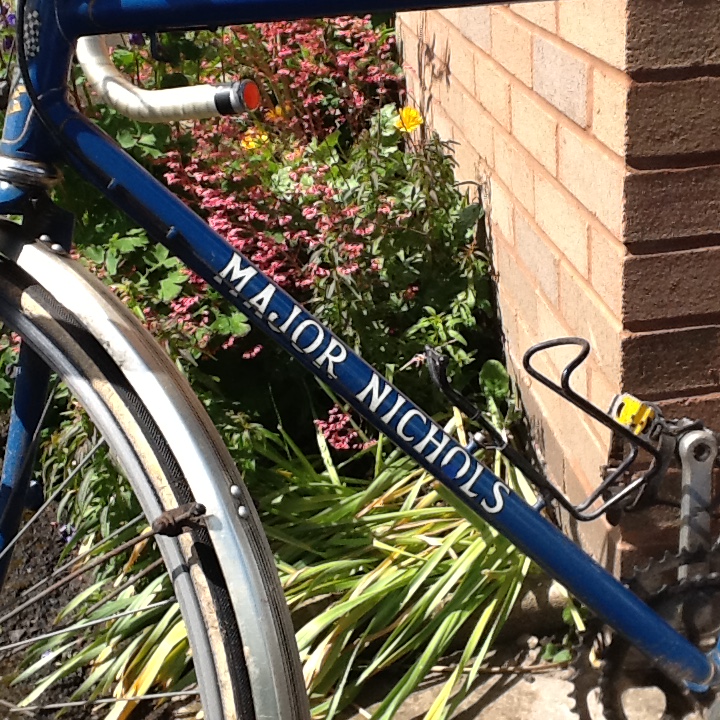 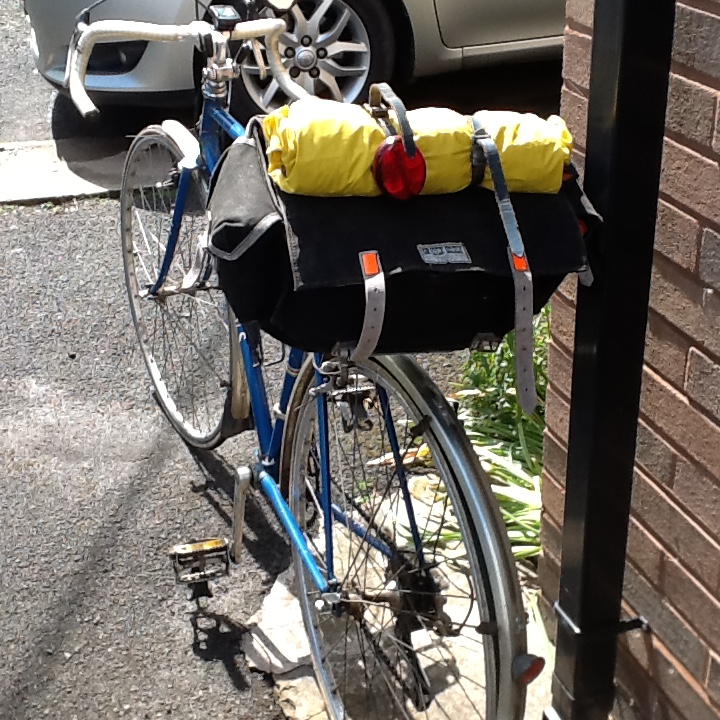